Shopping Cart
Your Cart is Empty
Quantity:
Subtotal
Taxes
Shipping
Total
There was an error with PayPalClick here to try again

Thank you for your business!You should be receiving an order confirmation from Paypal shortly.Exit Shopping Cart

"..the best entertainment of any event ever been to - and he has MC'd the Swan Ball where Aretha Franklin performed!" - TN Kidney Foundation 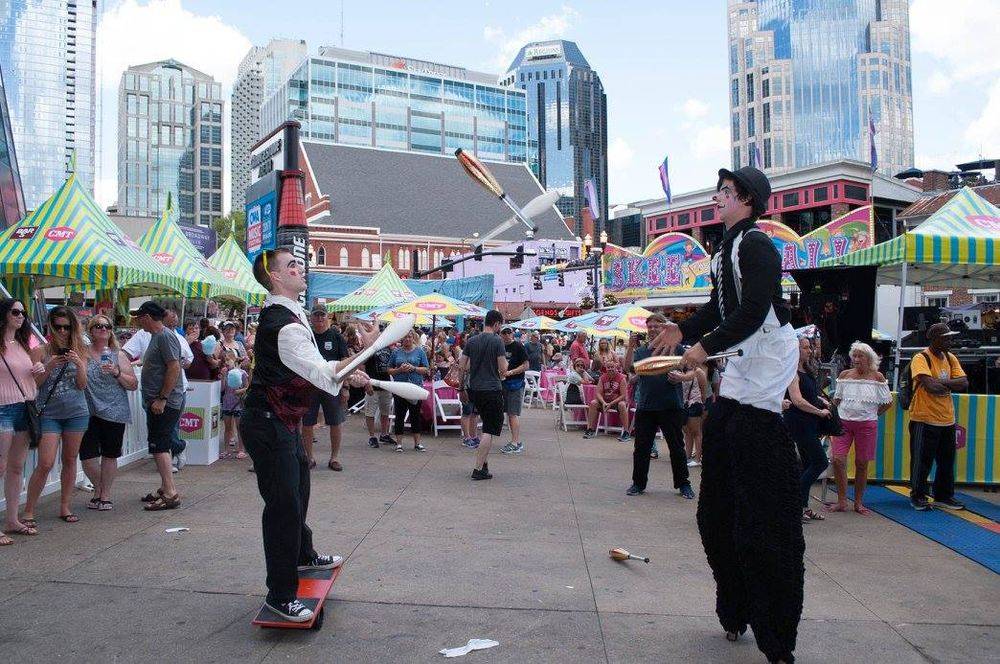 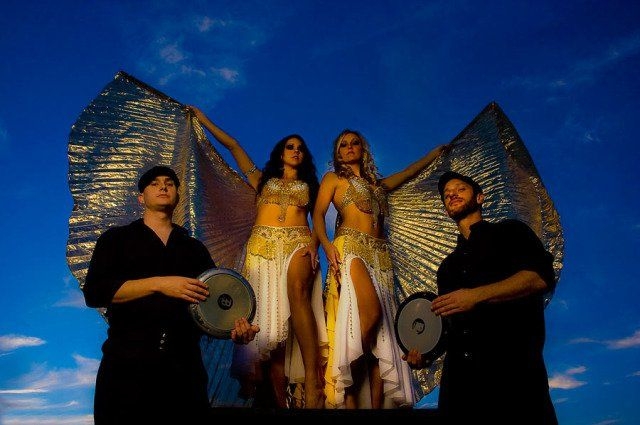 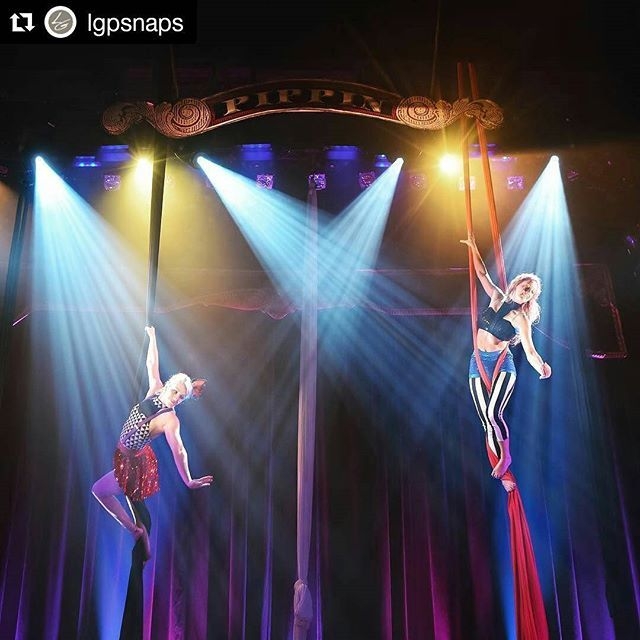 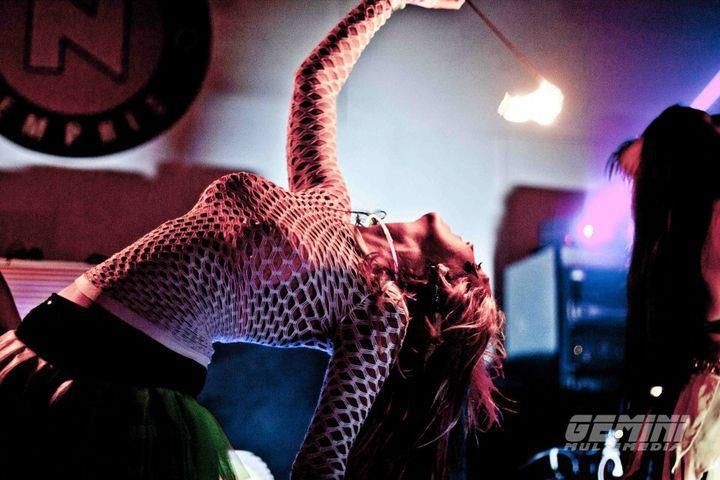 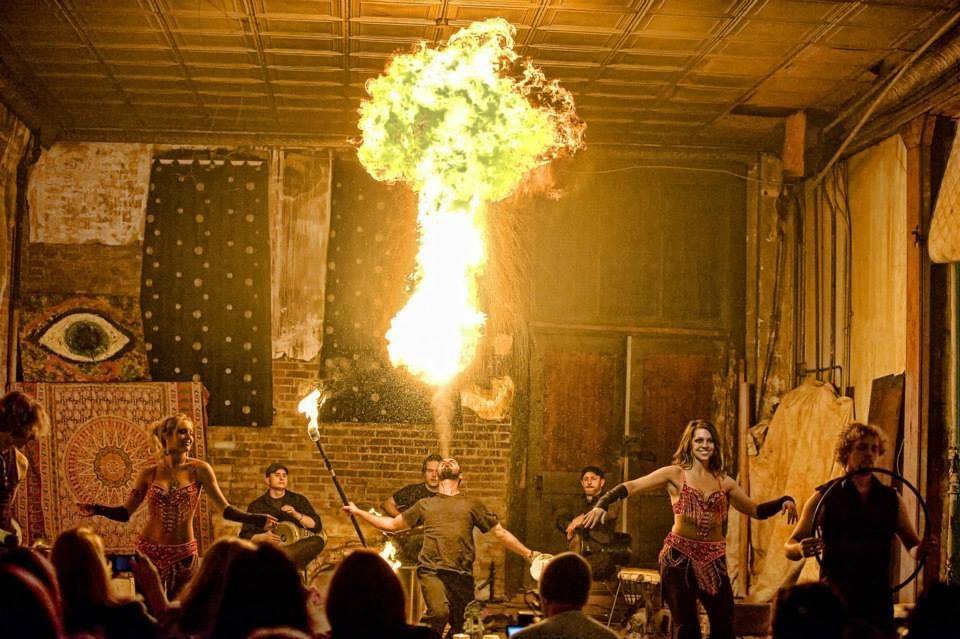 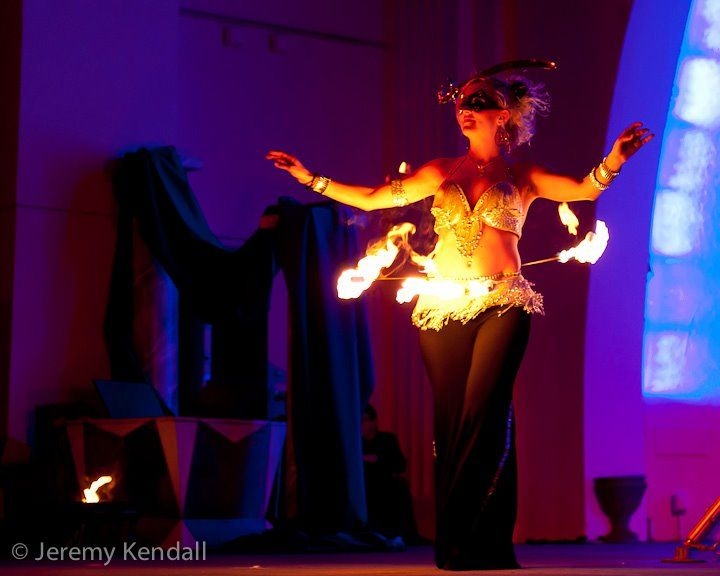 Beyond Wings DBA Beyond Circus LLC are proud members of Nashville Area Chamber of Commerce. 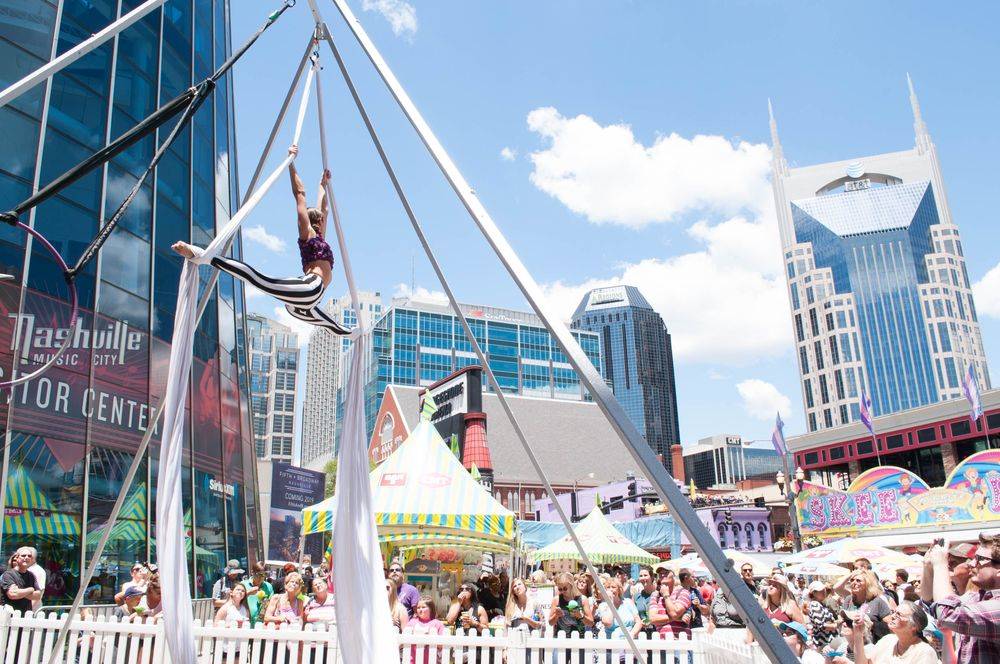 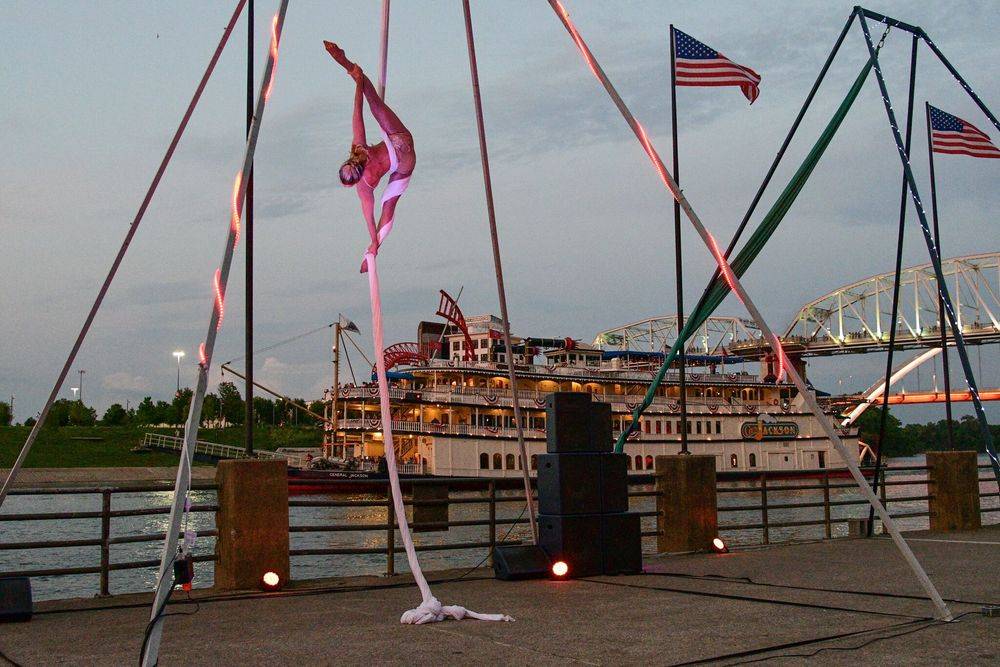 2019 Every Fri, Sat, and Sunday - Circus Shows throughout the day!

Stay Tuned for More events with the Circus!

Beyond Wings Circus members are proud to be a part of the 2017-2018 Cirque Dream Holidaze held at Grand Ole Opry - Nashville. 2019 We are going on Tour, stay tuned! In the meantime, the planning has begun for your Christmas Corporate Party! Wow your guest with a Holiday Treat! Nashville's finest Holiday Entertainers. Check out our giant red ornament balls, our elves balance and juggle on top of each ornament. Also we offer Holiday Christmas Themed Toy Solider Stilt Walkers, Aerial Flying Angel Christmas Program Angels, Santa Jugglers, Christmas decorated Living Strolling Tables and Aerial Rigs as Christmas Trees! Of course keep the winter night warm with our Holiday Fire Dancers.

July 7..This day goes down in HISTORY! Nashville's First Local Fire and Circus Show presented by Beyond Wings. 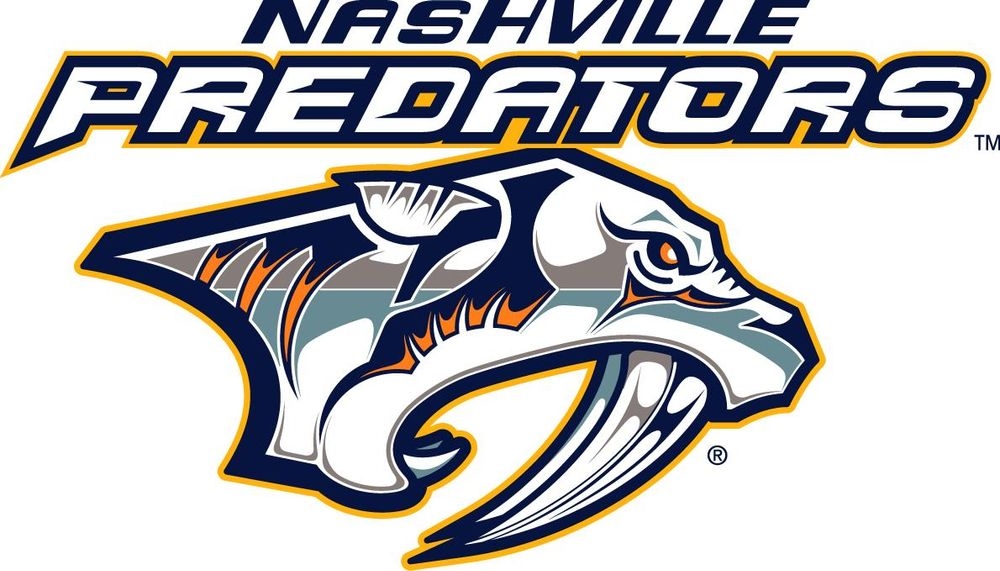 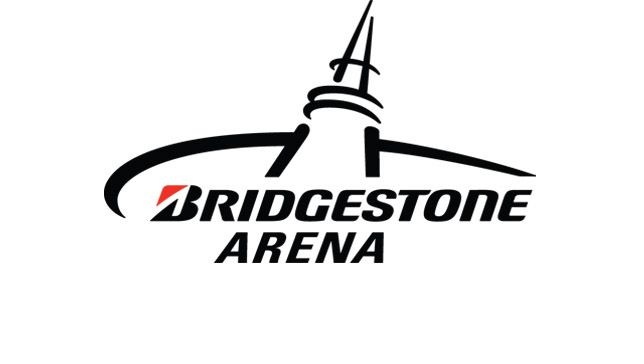 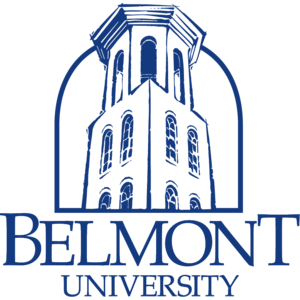 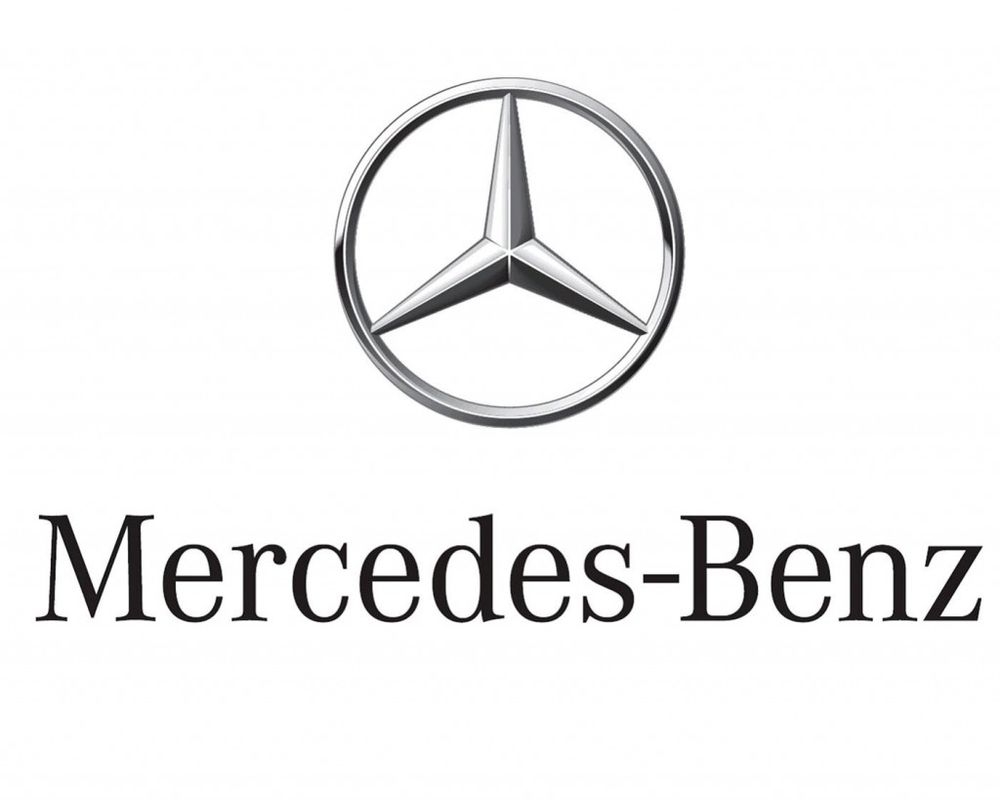 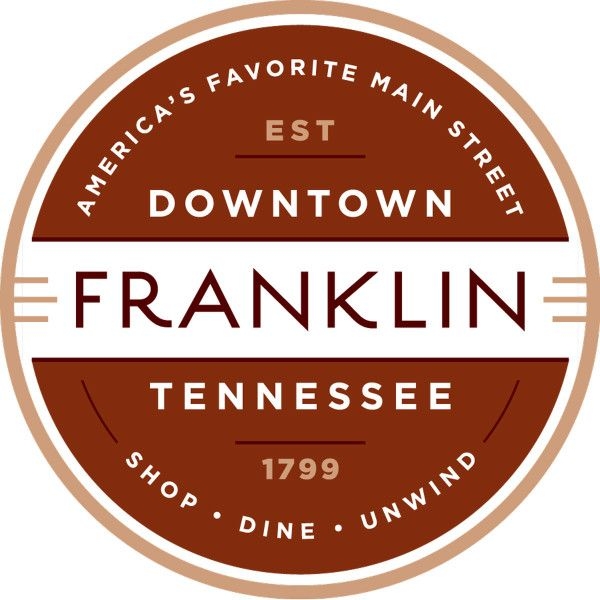 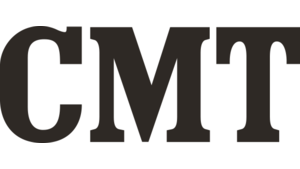 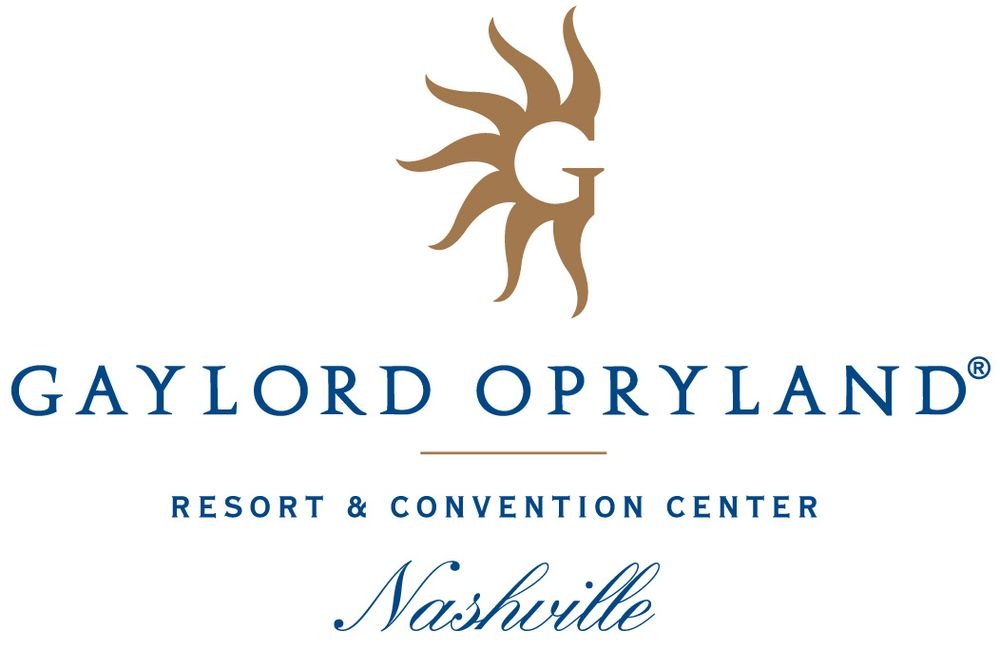 Beyond Wing circus entertainment has been seen at every corner of Nashville, TN. Our entertainers have been hired for CMT Music Awards, CMT music videos, country music artists such as Trisha Yearwood, Eric Church, Kip Moore, Big and Rich, Billy Currington, and more!

Not only are Beyond Wings performers featured in CMT music videos. Fire performers, hula dancers, aerialists, hoop artists and others are guest stars in episodes on the Dance Network, Food Network, American Ninja Warrior, K-Love Fan Awards Show, and more!

Beyond Wings offers a unique style of bartending! And now introducing Nashville chandelier angels! Our champagne angels pouring signature drinks or champagne from aerial silks or Beyond Wing's very own Nashville Chandelier; in poses, upside down, etc. Aerialist can also perform aerial dance acts when guests drinks are all filled. One Bottle Assistant is included to aid with the bartender, guests, and aerialist. All aerialists and insured and ABC licensed bartenders. Photography by Lauren Colle Photography and Robert Barnander photography

Photography by Beyond Wings 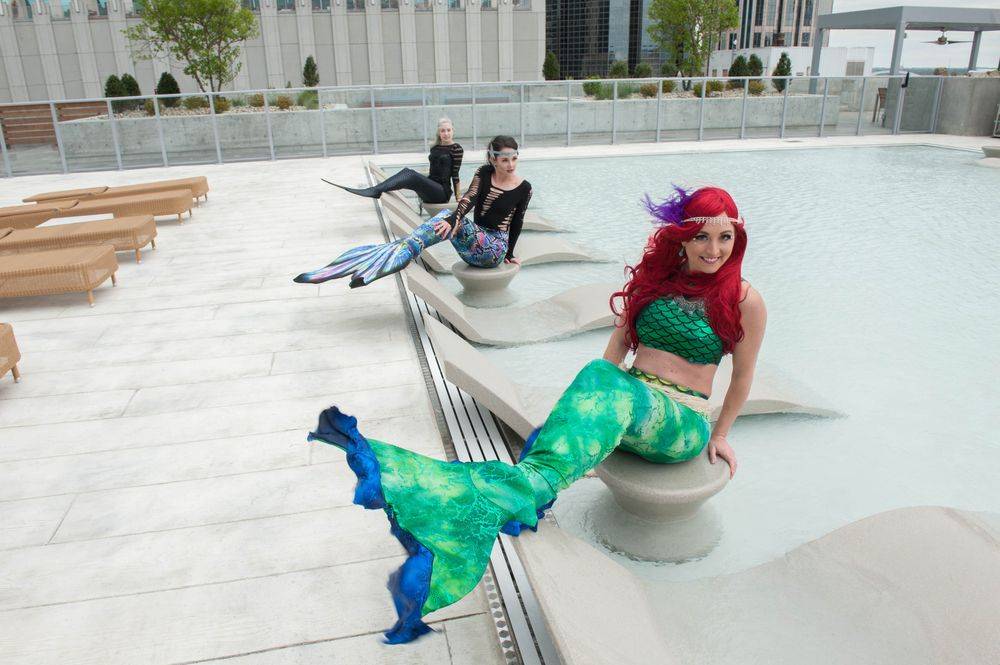 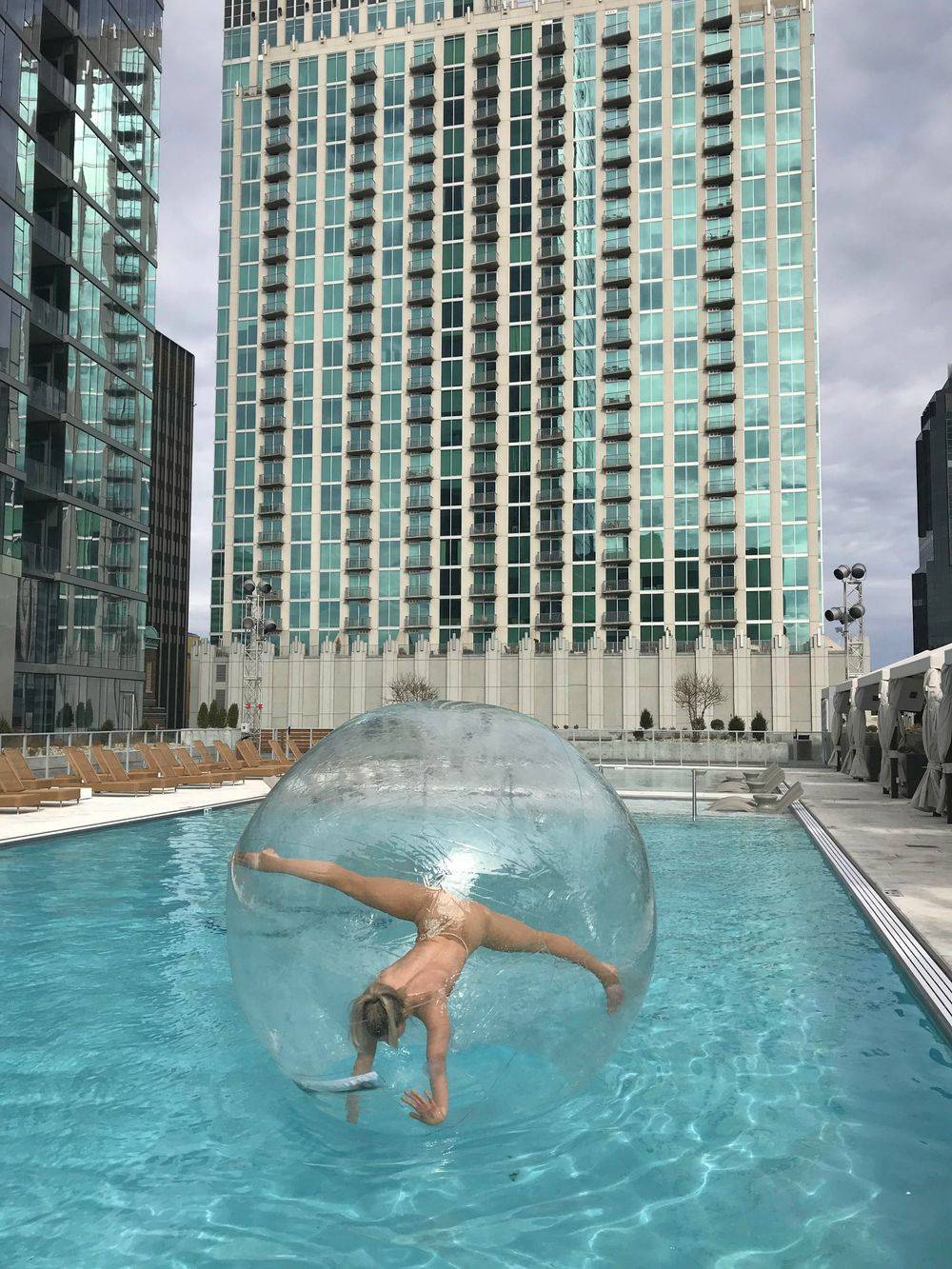 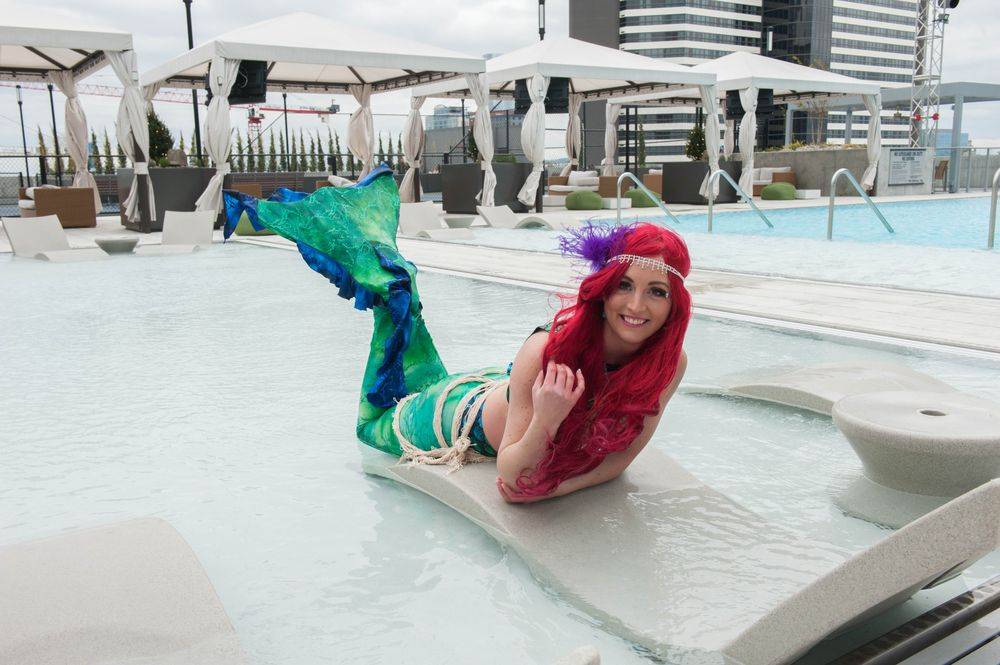 Photography by Dylan Juggles and Beyond Wings

Photography by Lauren Colle, Beyond Wings, and Emily Charles

Voted best hooper in the country! Sponsored by various hoop companies. Instructor and performer at amazing festivals as Imagine and Electric Forest! As seen on CMT videos, hoop competitions and more!

I'm a paragraph. Click once to begin entering your own content. You can change my font, size, line height, color and more by highlighting part of me and selecting th1. This company is professional. Our talent is world renowned international performers.

3. This Company is Professionally Certified and Insured!

Always ask for these documentations when booking for any entertainment event. Book professionals!e options from the toolbar.

Photography by Beyond Wings

Check out our Media! 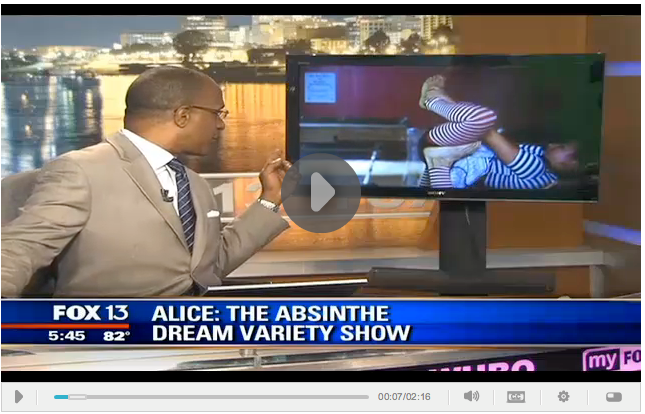 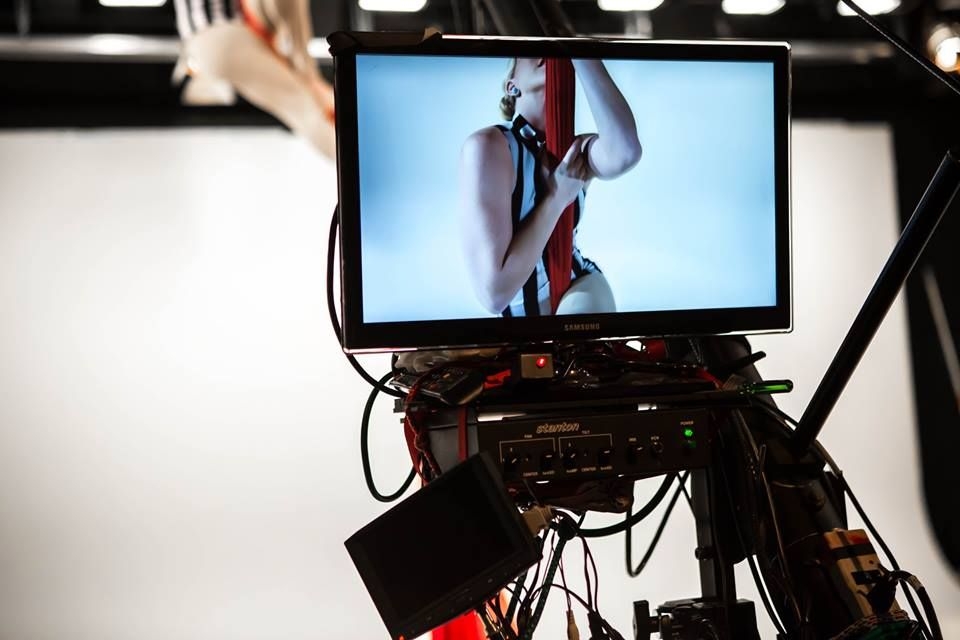 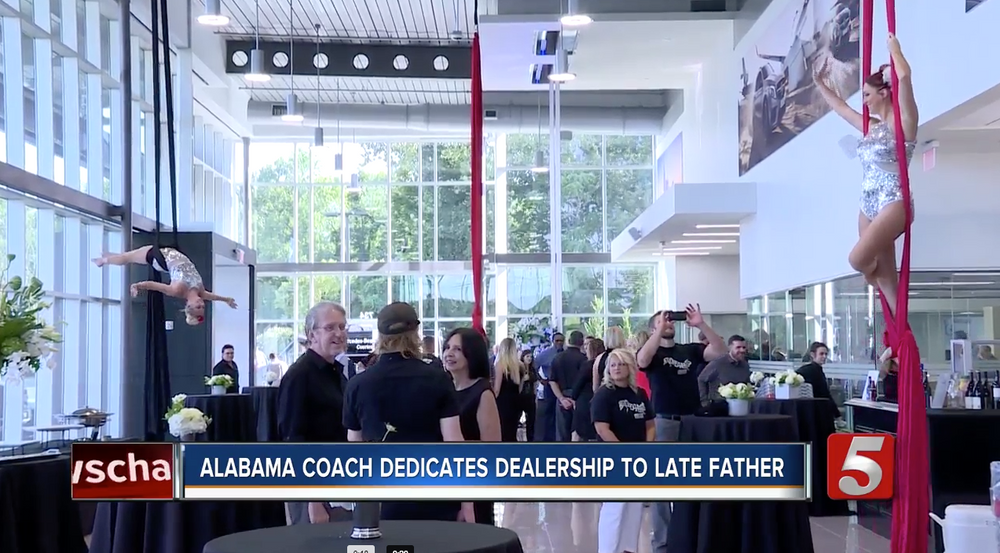 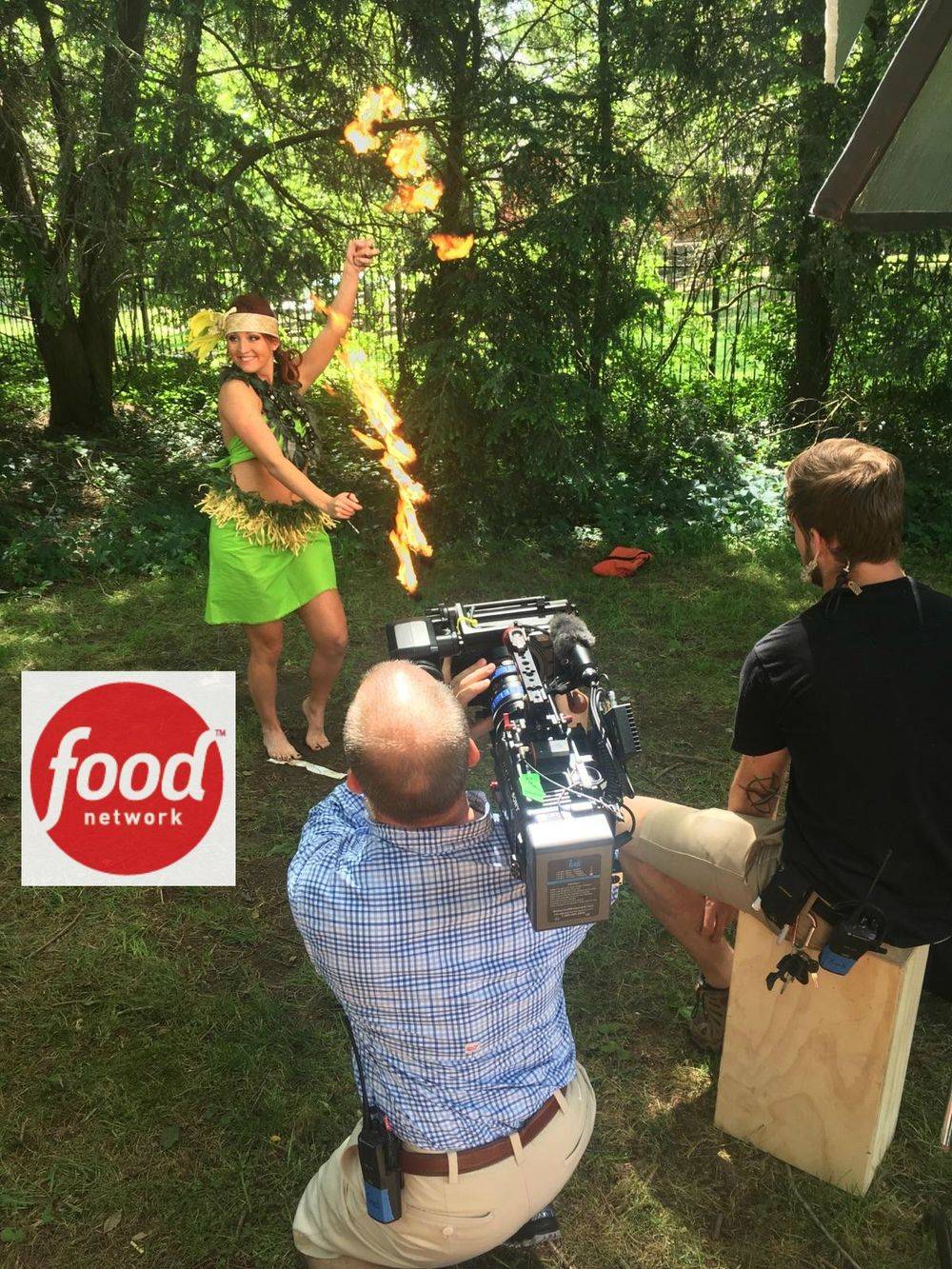 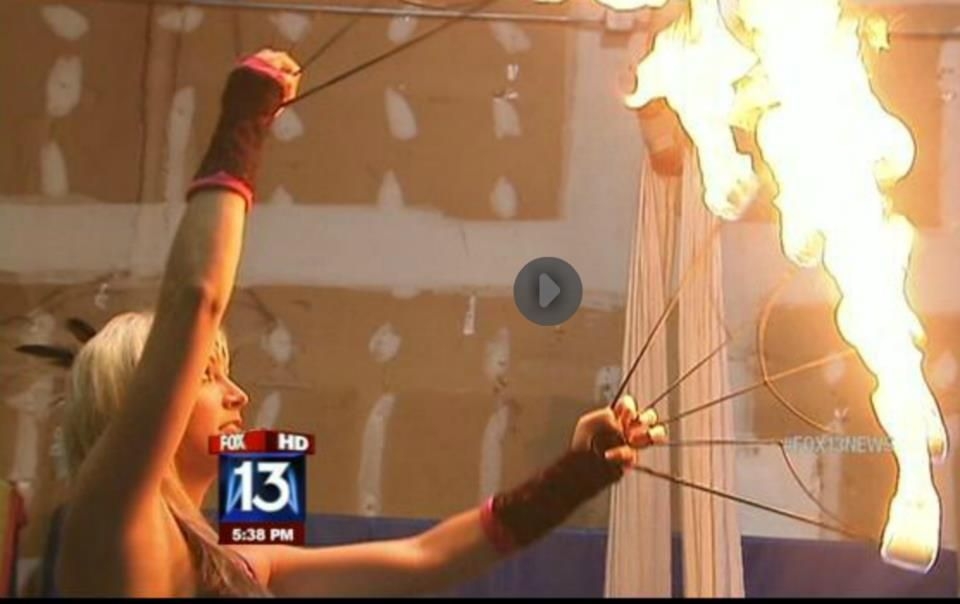 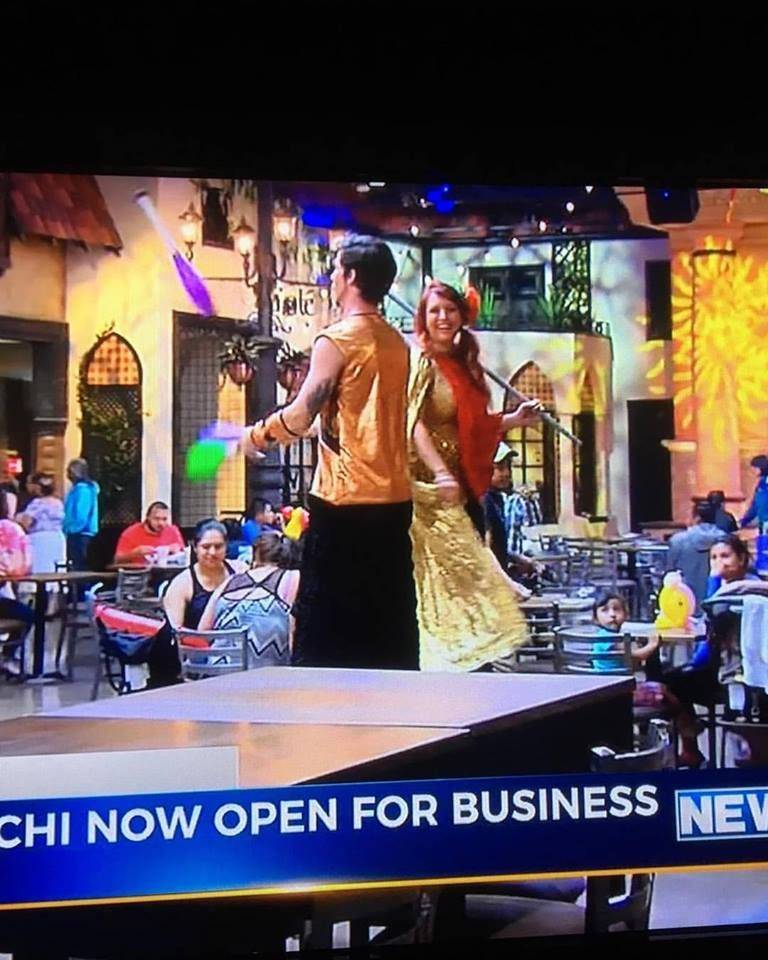 Beyond Wings Circus Fire Dancers have been featured in:

Featured as the circus kid acts in Christly Knows Best filmed in Nashville, TN on the USA Network.

Memphis Fox 13 for upcoming and past circus shows.

For all of your performance needs call on Beyond Wings, the one stop shop for the hottest entertainment in Memphis, Nashville, and surrounding areas. We also are willing to travel if you have an event need out of state. We can customize any event package needed. We are available for hire,indoor and outdoor events, small to large stage venues! We are sister companies with the amazing and talented Nava Sanctum tribal fusion bellydancers.

Beyond Wings is based out of Nashville, TN. And Fire Tribe is based out of Memphis TN but performs in both Memphis, Nashville, and surrounding areas and willing to travel!! Most all Beyond Wings dancers are members of Fire Tribe. Their love for both dance and fire, continuing growth in our art of spinning. The Secret to Entertaining is a little fire! Fire Dancers, Bellydancers, Circus Acts, LED shows, Fire Eating, Fire Breathing are all available for your events. We do it because we love it. No other reason. Photography by Gary Campbell

Gravity's Most Wanted Beyond Wings

Beyond Wings cirque entertainment company is based out of Nashville TN. It is basically a branch of Fire Tribe for local Nashville community to see and enjoy! It's name shows we offer more than "wings". Not only do we fly high above the rest with amazing aerial acts. Beyond Wings offers fire and aerial acts! We offer fire dancing, bellydancing, cirque acts, and so much more. We are here to customize your event!

Beyond Wings is partnered with an amazing local band of drummers, djs, singers, steel drummers, comedic stage performers and more!

Beyond Wings not only offers fire dancers at weddings, but all dancers are also trained in the beauty and skill of Hawaiian Hula Hoop Dancing and Samba Dancing. Hula or Samba themed dancers are great to hire for summer back yard parties, themed events, grand opening, weddings, receptions, luaus, birthday parties and more! Hula dancers, ribbon dancers, and dancers also have fire packages available! Add some flare to the luau with hula fire dancers!

Another great wedding package is ribbon dancing aerialist flying package. Let your guests be amazed at the dramatic drops, suspended flying above, balanced beauty, and stunning grace of our aerialist. Great for receptions and any indoor or outdoor event. Free standing rig is available, if needed.

Beyond Wings Kid Circus parties include hula hoops for all the kids to learn some basic hoop moves and turns! Luau themed parties for limbo fun and fire show. Princess Kid Parties include impersonators of the characters such as Elsa, Ana, Ursula, Little Mermaid, Jasmine, Belle, and more! Kid party packages can also include a free standing aerial rig and mats for a lilttle gym gymnastic lesson for the kids and aerial show!

Beyond Wings is proud to offer beyond the wing dancers. We also have available for hire in the Nashville and surrounding areas: